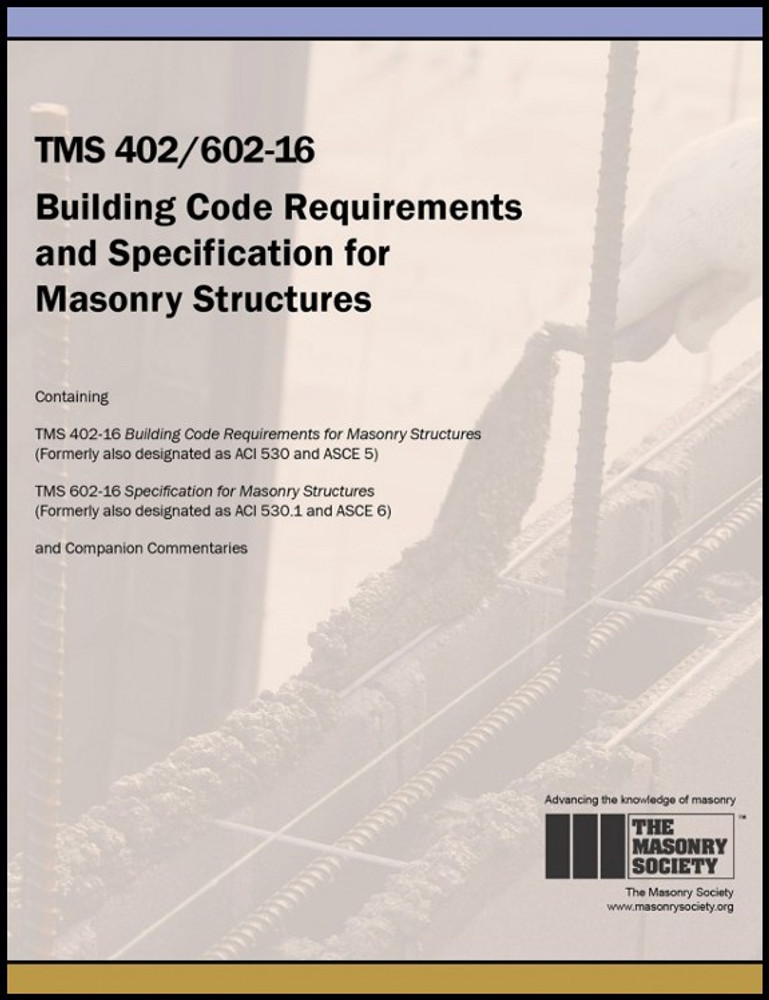 TMS Building Code Requirements and Specification for Masonry Structures (2016) also known as the MSJC, contains two standards and their commentaries: Building Code Requirements for Masonry Structures designated as TMS 402-16 (formerly designated as TMS 402/ACI 530/ASCE 5) and Specification for Masonry Structures designated as TMS 602-16 (formerly designated as TMS 602/ACI 530.1/ASCE 6). These standards are produced by The Masonry’s Society’s Committee TMS 402/602 and were formerly developed through the joint sponsorship of The Masonry Society (TMS), the American Concrete Institute (ACI), and the Structural Engineering Institute of the American Society of Civil Engineers (SEI/ASCE) through the Masonry Standards Joint Committee (MSJC). In late 2013, ACI and ASCE relinquished their rights to these standards to TMS who has served as the lead sponsor of the Standards for a number of years. Since then, the Committee has operated solely under the sponsorship of The Masonry Society, and the Committee’s name, and the names of the standards, were re-designated. The Standards are written as legal documents so that they may be adopted by reference in building codes. The Code (TMS 402) covers the design and construction of masonry structures while the Specification (TMS 602) is concerned with minimum construction requirements for masonry in structures. The commentaries present background details, Committee considerations, and research data used to develop the standards. The commentaries are not mandatory and are for information of the user only.